"Where Everyone is Accepted, and No One is Judged."

Founding member Alan Jones and Pastor Tracy Patton were called by God to open a loving and affirming church in Southern Indiana in March of 2010.  They held their first service in May of 2010 in a bingo hall in Jeffersonville, Indiana and shortly thereafter New Beginnings Non-Denominational Church was incorporated.  By June of 2011, the congregation had grown from its five original members to the point that the bingo hall could no longer accommodate the group, and New Beginnings moved to a new location in the basement of the 300 Spring building on Spring Street in downtown Jeffersonville where the congregation continued to grow.   In January of 2014, recognizing the need for more space as the congregation grew to include over 100 members, the church relocated to a purpose-built space in the Quartermaster Station in Jeffersonville. In October 2016, New Beginnings moved to a new location at 1615 Spring Street in Jeffersonville and for the first time had a stand alone facility. In June 2019, we had an opportunity to purchase a church building in New Albany, but needed to raise a substantial amount of funds for the down payment. God provided for us, the down payment money was raised, and the church was purchased on August 5th! On August 6, 2019, NBC moved to our new permanent home at 2219 Spring Avenue, New Albany, Indiana. We know that God has led us to our new home and into a new community to minister and spread His love to our new neighbors. 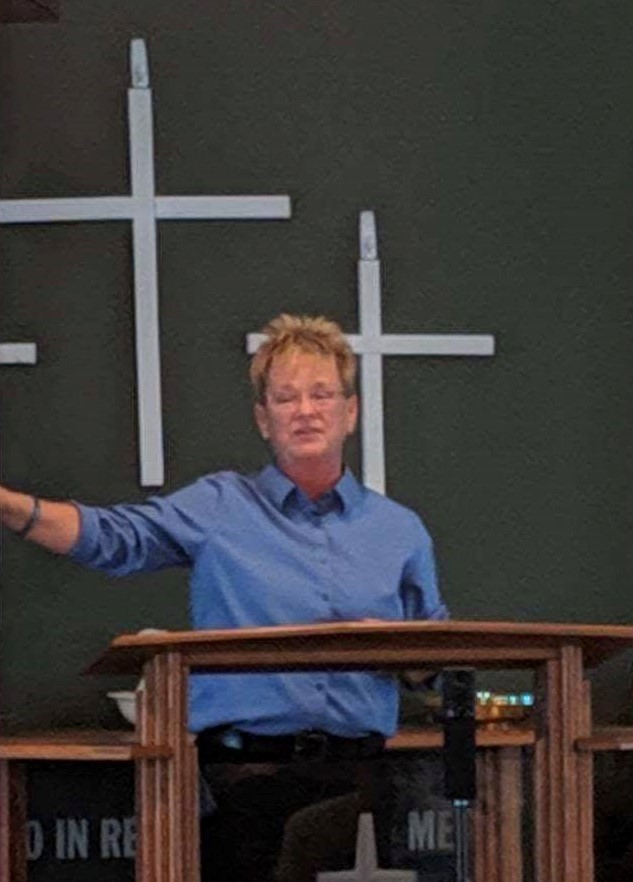 -- Our Board of Directors oversees the overall administration of our church, and makes business decisions regarding the church in accordance with our By-Laws. The Board meets once per month and all meeting are open to any member who wants to attend.

E-Mail Kathy Kathy lives in Louisville, Kentucky with her husband, Ray Grant. She is retired from the Presbyterian Foundation where she worked for 25 years as the Support Analyst and Help Desk person in the computer department. Kathy was raised in the Catholic faith and was a very active member for most of her life. She has served on Parish Council, completed 2 year courses in Ministry Formation and Spiritual Direction, participated in SEEL (Spiritual Exercises in Everyday Living) and held the role of Spiritual Director in that program. Kathy began attending New Beginnings in 2013 and joined in April 2014 having found the church that provided acceptance, love, and challenges to grow for which she had been searching. ,In 2016 Kathy started a Meditation Group which meets weekly, and in 2017 will serve on the Board of Directors for 2 years. Kathy knew she had found her forever church home at her first service when Pastor Tracy explained that Communion was God’s gift to us and everyone was welcome to receive. She loves the receiving and giving Spirit that IS New Beginnings Church. 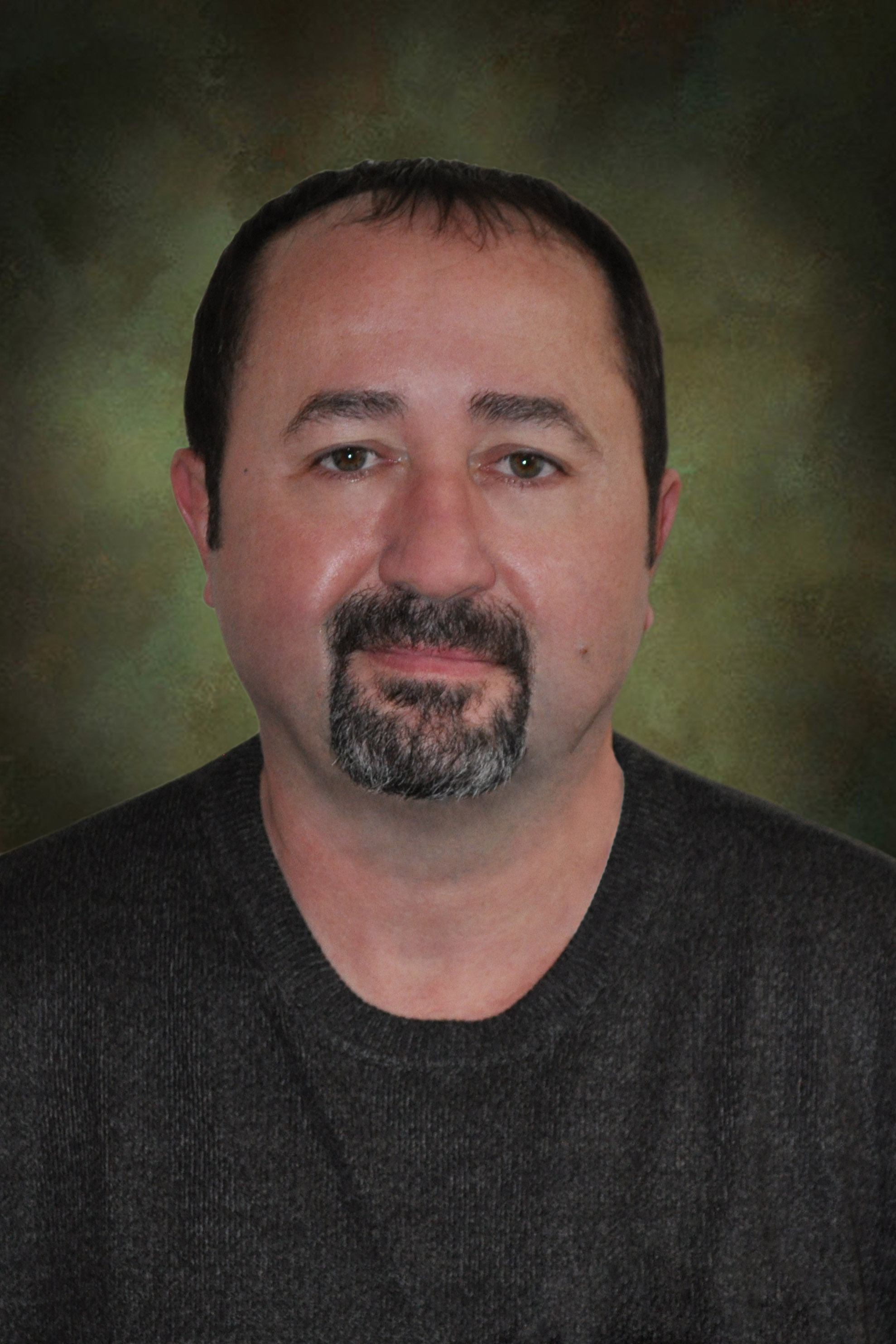 Alan, along with Pastor Tracy Patton, co-founded New Beginnings Church nearly 10 years ago. Alan has served as an ordained Deacon for 27 years in his former church as well as with New Beginnings. Alan lives in Louisville where he has worked as a salon and spa owner and licensed Cosmetologist for 35 years. 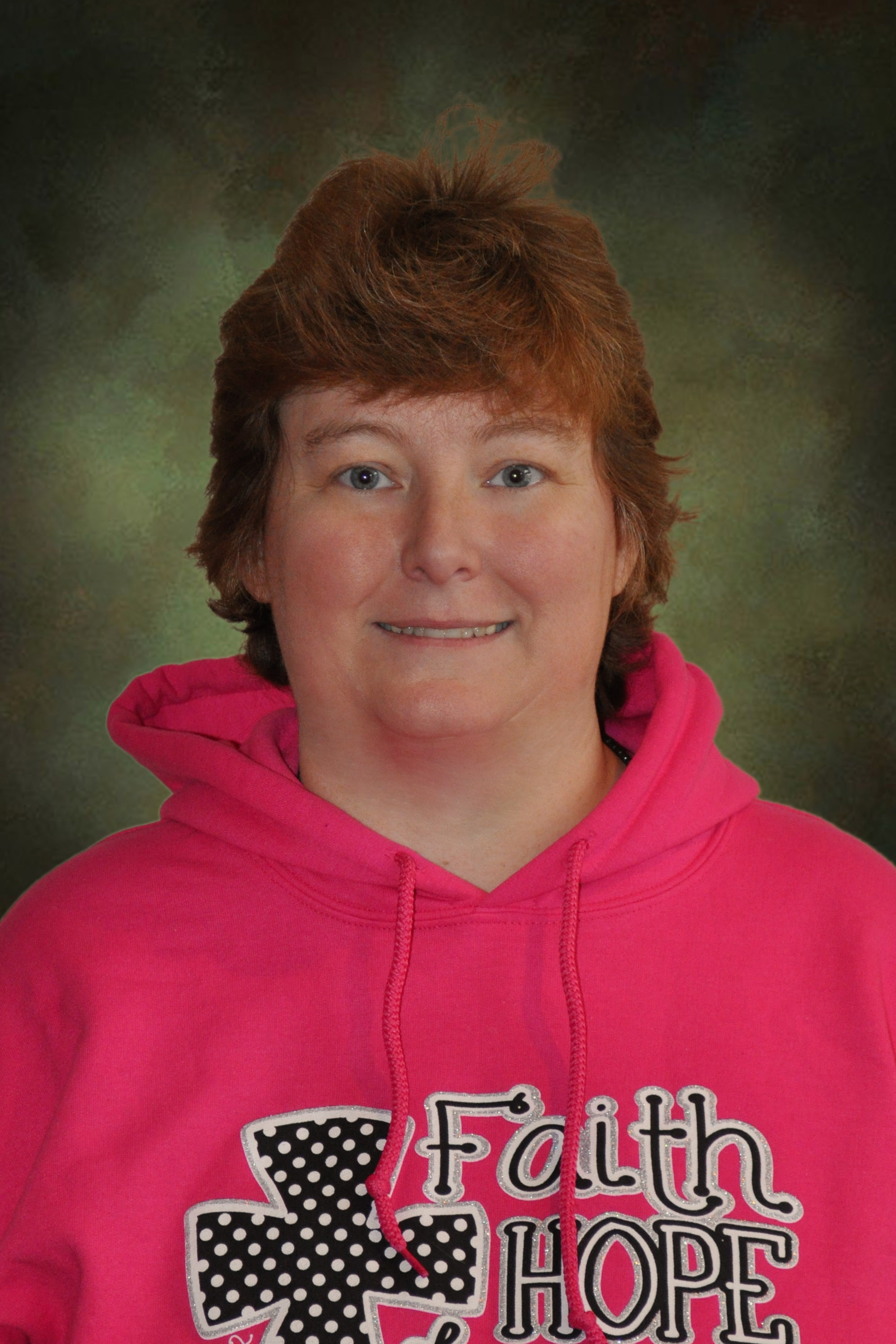 I began attending New Beginnings in April 2013 and joined later that year. I became an ordained deacon in August 2015, and elected to serve on the Board of Directors January 2018 for a 2 year term. One thing i love the most about New Beginnings is how everyone is able to serve God in the capacity God has called them to serve. 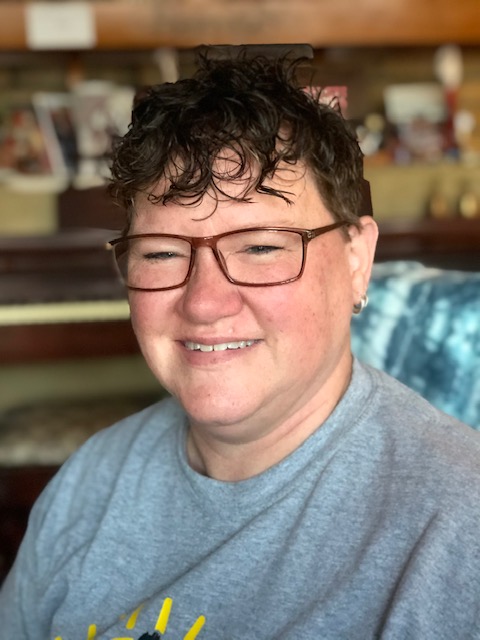 Marci is one of our new Board Members. Marci Hutchings has been a member of New Beginnings Church since 2014. She and her wife Beth have 4 children - Sarah, Pryce, Joey and Aly. Marci enjoys singing on the praise and worship team and spending time with friends and family.

Cassie is one of our new Board Members. I started attending New Beginnings Church in March of 2015. After a hardship that drew me back to church I decided this was the corner stone that was needed to reground my family as well as myself. As a single mother of two (Gabriel and Guinevere) we used most of our free time volunteering with the church from cleaning to event time volunteering as a way to give back. I became a member in 2017 as this felt like home. My church family has had my back from day one with no judgments, and open arms. In 2019 I felt God advising me to do more, and so I ran for a seat on the church board. I am excited to see where my new role in the position will lead me. 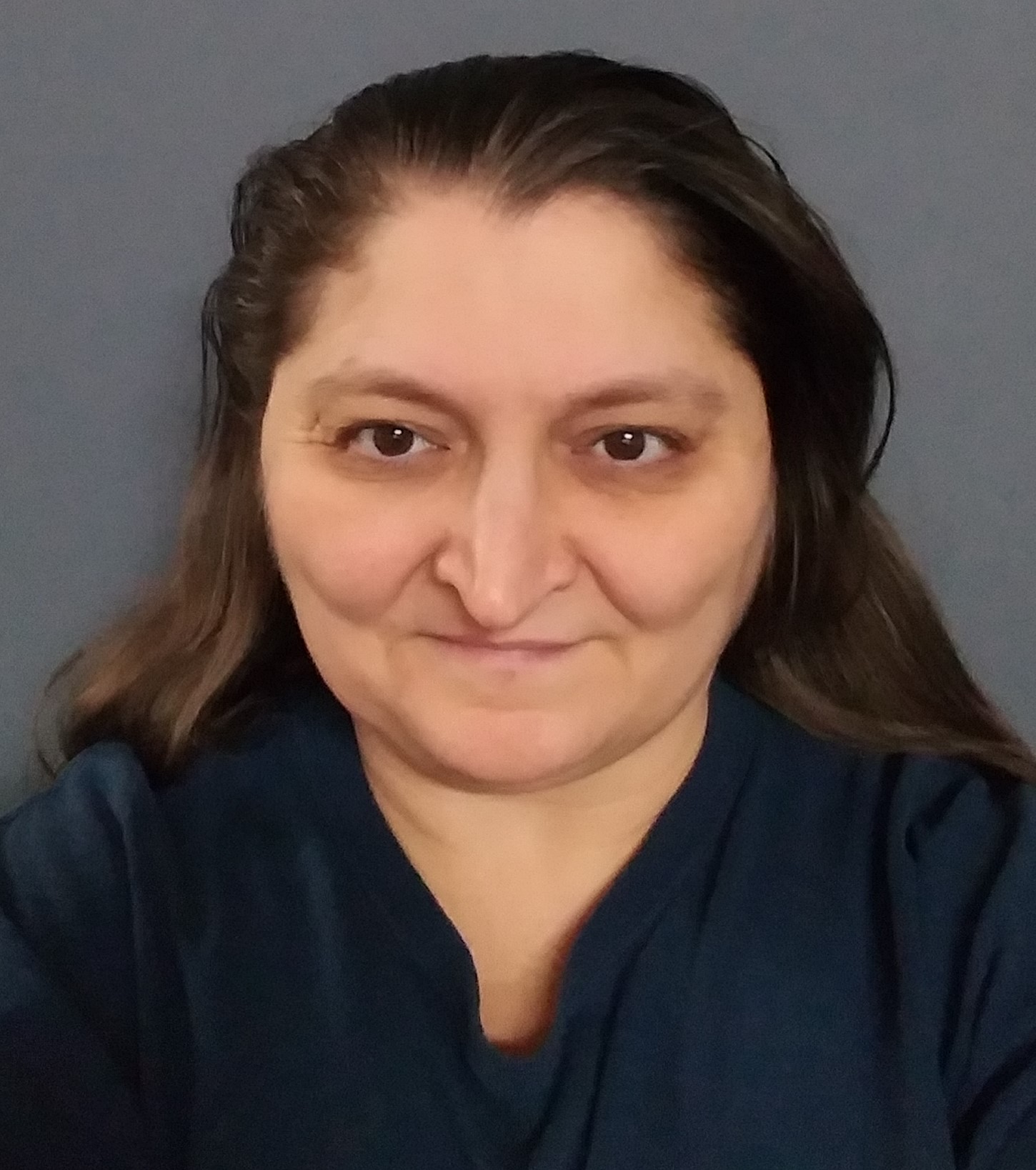 Kathy is one of our new Board Members. I am mother of three, grandma of 4, and adopting my oldest grandson. Married to Leon Johnson. Career student lol...five degrees and am a nurse in long term care. I have always wanted to be able to contribute more. Here's to New Beginnings for all of us 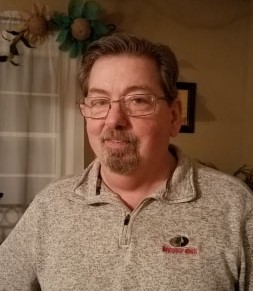 Steve is one of our new Board Members. My name is Steve Spear and I've been happily married to Valerie Spear for 42 years. I have 3 children, 10 grandchildren and 1 great grandchild. I'm a Journeyman Machinist for Cimtech, Inc. We have been members of New Beginnings Church since May 12th, 2019. 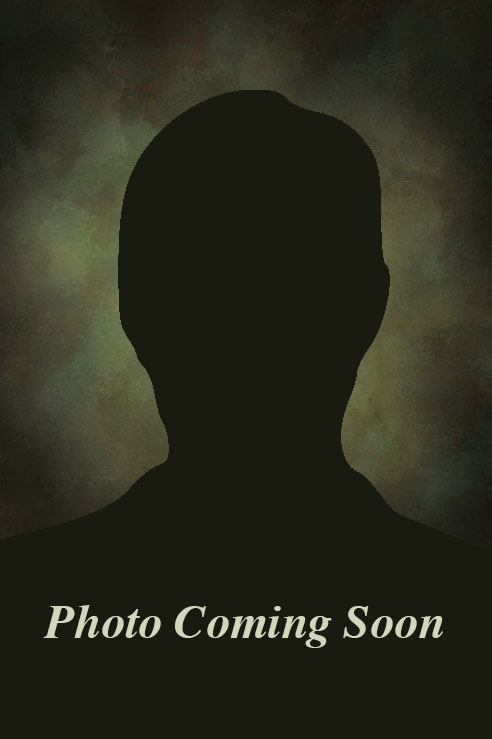 Deb Cook is a new member of our Board of Directors. Deb has been a member of New Beginnings for many years and currently take care of setting up our Facebook live feeds each Sunday morning.

-- Our Elder is available to anyone in the congregation who has a spiritual need, or is in need of one-on-one prayer. The Elder is also responsible for the spiritual needs of our Pastor. 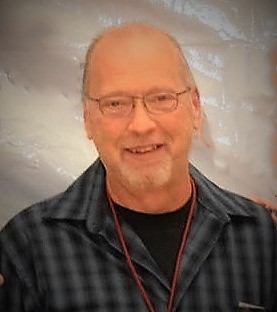 E-Mail Barry Barry lives in Louisville with his wife, Denise, and their adopted son Mark.  His daughter Jessica is a graduate of Ball State University and is working in Louisville.  Barry works at Frost Brown Todd in Louisville as a Litigation Support Specialist. Barry attended Western Kentucky University where he served two years as the President of the Western Christian Student Fellowship. Barry has many years of experience as a Deacon, Worship Leader, Sunday School Teacher, and Teen Group Leader. He became a member of New Beginnings in August 2014 and has served as the Elder since that time. He is also a member of the Praise & Worship Team.  His favorite part of NBC is the people and their enthusiasm for serving Christ and His Church.
Donate